Mr. Chou’s experience spans 20 years of technical and management leadership in cloud, security, storage and networking fields. His most recent venture where he was co-founder and CEO, Panzura, received $58M in funding led by four of Silicon Valley’s top venture capital firms Matrix, Khosla, Opus and Meritech. Prior to this, Mr. Chou was part of the founding team at Aruba Networks (“Aruba”), which became the leader in the enterprise Wi-Fi security market. Mr. Chou was with Aruba from July 2002 to July 2008, and left Aruba to found Panzura at that time. Aruba filed for an IPO on NASDAQ in 2007 and was acquired by HP Enterprise in 2015 for $3B. Before Aruba, Mr. Chou led the development of SSL security and load balancing software at Alteon WebSystems which went public in 1999 and was acquired by Nortel Networks for $7.8B. Mr. Chou holds a degree in Computer Science from UC Berkeley and he is based in Silicon Valley.

Mr. Bannister has over 20 years’ experience in US start-ups working across Asia and Europe. He has led technical teams across countries and time zones to serve a variety of customers from international carriers and Fortune 500 companies, through to local end-users as well as international distributors and resellers. He was an early employee in both Panzura and Aruba and was instrumental in developing and bringing these new technologies to market. Prior to Aruba, he was based in Tokyo for Redback Networks which went public in 1999 for $1.8 billion. Mr. Bannister graduated with an honours degree in Electronic Engineering and Physics from University of Western Australia. He lives and works out of Sydney, Australia.

CMO and Head of Product

Mr. Perkins is responsible for Nubeva’s go-to-market strategy and execution including sales, marketing, brand, channels and business development. He is a 27-year veteran in computing, networking and information security, Mr. Perkins brings extensive knowledge and experience including his role as CMO at Optiv Security where he led all aspect of marketing and communications and go-to-market strategy prior to its $2B acquisition in early 2017. Prior to Optiv Security, he held sales and marketing leadership positions at Aruba before its $3B IPO on NASDAQ. Mr. Perkins owned seven of the top ten largest accounts at Aruba in its first three years of product sales. He also held leadership positions at KIKO, Inc., Cisco Systems, Hewlett Packard Co. and 3M Company. Mr. Perkins holds a Bachelor of Science degree from the University of Southern California.

Ms. Jones, CPA, CGA has over 20 years of experience working for publicly traded companies primarily in the technology industry. She has acted in CFO and CEO roles at Peace Arch Entertainment, A TSE listed company that completed a US IPO. Peace Arch Entertainment has produced over 200 hours of television programming. Ms. Jones was CFO of WebTech Wireless, a TSX listed SaaS company, raising over $50 million in equity and growing its market cap to $480 million. She worked with NowPublic Technologies, a private company that sold to the Examiner.com. Most recently Ms. Jones was CFO of LOOPShare Ltd., a Canadian company that completed a reverse takeover and listed on the TSXV in June 2016.

Mr. Wu was the part of the founding team as the most senior technical executive for Riverbed Technology from 2003 to 2015, with titles from VP, SVP to CTO. Mr. Wu was part of the management team that took Riverbed public on NASDAQ in 2006 and raised US$ 86 million in the IPO. He was responsible for M≈A activities, including the acquisition of Opnet (NASDAQ) for US$1 billion as well as private companies: Mazu Networks, CACE Technology, Zeus Technology, and Aptimize. Mr. Wu led Riverbed from 0 to US$1 billion in revenue. Riverbed was acquired by Thoma Bravo in 2015 for $3.5B. He was highly involved at the board level attending every board meeting and advising the board on matters relating to the company’s growth with respect to technology and acquisitions.

Previously, Mr. Wu held various engineering leadership positions at netVmg, Inktomi (NASDAQ), and FastForward Networks, which was sold to Inktomi for US $1.3 billion. Mr. Wu has over 20 patents issued or pending relating to networking, storage, programming languages, and databases. Mr. Wu holds a Bachelor’s degrees in Computer Science and a Master’s degree in Computer Science, both from the University of California, Berkeley.

Eric Wolford joined Accel in 2014 and focuses on enterprise infrastructure companies. He leverages his infrastructure and IT experience in working with founders across the enterprise stack, from next-gen analytics platforms like Jut, to emerging cloud security and threat detection companies like Netskope and Vectra. Eric also co-leads the Accel Tech Council. Prior to Accel, Eric spent years in a variety of product and management roles at FastForward Networks, Inktomi and most recently, at Riverbed where he was president of the products group. There, he oversaw the growth of Riverbed’s flagship WAN optimization and app acceleration platforms, which grew to be a USD $1 billion+ business.

David Faugno brings more than 20 years of global financial and business operations experience across a number of technology sectors. Most recently, Faugno served as the Chief Financial Officer of Barracuda Networks (NYSE: CUDA) from 2006 through 2016. During his tenure, Faugno led the acquisitions of several companies, as well as the company’s successful 2013 IPO. Prior to Barracuda, Faugno served as Senior Director of Corporate Finance – M&A at Cisco Systems, where he participated in dozens of M&A and investment transactions. Faugno joined Cisco via the acquisition of Actona Technologies, which he led as CFO and COO. Prior to Actona Technologies, Faugno spent 8 years with AT&T in both Sales and Finance roles, including 4 years in London in sales operations and as CFO of the AT&T Europe, Middle East, and Africa region. Faugno's extensive experience and track record with M&A, global business operations, and strategic leadership has earned him significant recognition, including 2012 Francisco Partners portfolio CFO of the Year and 2013 Silicon Valley Business Journal CFO of the Year. He has served as Chairman of the Supervisory Board of phion AG, and as a board member and advisor to several technology companies. Faugno also sits on the Silicon Valley Bank CFO Advisory Board and is a member of the Catawba College Center for Entrepreneurship and Experiential Development (CEED) Advisory Board. Faugno is a graduate of Rutgers University and holds an MBA from Duke University.

Say is a results-oriented leader with 30 years of Information Technology experience in the banking, credit, manufacturing, ecommerce, system integrator & consulting, and engineering & construction industries. He is currently the Sr. Vice President of IT (Enterprise Applications & Enterprise Architecture) at Fluor Corp. Say has lead and implemented many successful large IT application and infrastructure projects. He has developed and implemented Enterprise Architecture and IT strategies that deliver innovative foundation for business execution. He has delivered cost-effective, high-performance technology solution that addresses complex business problems using his broad technical and management expertise.

Manjit Singh was named senior vice president and chief information officer of The Clorox Company in November 2014 and joined the Clorox Executive Committee in August 2016. In this role, he is responsible for Clorox’s information technology organization and directing the company’s strategic technology initiatives. Prior to assuming this position, Singh led the industry solutions group at Box Inc., responsible for aligning strategies with key customers across different industries. He also served as CIO for Las Vegas Sands and Chiquita Brand International as well as regional CIO for Gillette in Singapore. Early in his career, he worked for Procter & Gamble, where he pioneered the company’s digital marketing footprint and set up early e-commerce capabilities.

Michael Perone has been a pioneer in the high-tech industry for more than 30 years. Michael's sales enablement, lead generation, and online marketing strategies have set industry standards that countless other companies emulate today. Perone co-founded Barracuda Networks (NYSE: CUDA) in 2003. As Executive Vice President and Chief Marketing Officer, Perone led worldwide communications and marketing strategies, including corporate brand management and identity. Under his marketing leadership, Barracuda grew to over $400M in annual revenue and executed a successful IPO. Prior to Barracuda, Perone co-founded and served as President and Board Member for Address.com, a leading free email and Internet access service that reached more than 3.5 million users (acquired by WhitePages). He also co-founded Spinway Inc. (acquired by Kmart Corporation), a free ISP that powered retail branded ISPs, including Kmart's Bluelight.com Internet service, as well as Coscto, Barnes and Noble, Yahoo, Home Depot, and many others. Additionally, Perone co-founded Affinity Path, a private-label ISP that powered and supported thousands of ISPs throughout North America. He also has held systems engineering positions with GE Aerospace. In 2007, he was named by Ernst & Young a “Technology Entrepreneur of the Year for Northern California” award recipient.

Dave Withers is a veteran of multiple successful startups and has a 20 year track record of identifying disruptive technologies and executing successful exits. Most recently, Withers served as VP of Technology for Global Platform Engineering at Dell/EMC. He joined Dell/EMC via the acquisition of Renasar Technologies, where he was CEO and co-founder. Prior to co-founding Renasar Technologies, Withers served as COO at Nebula, a Kleiner Perkins and Highland Capital backed private cloud company. He joined Nebula from Dell, where he led the storage business in the U.S., Canada and Latin America. Withers joined Dell via the acquisition of Ocarina Networks, a Kleiner and Highland backed compression and de-dupe startup, where he served as Vice President of Business Development & Sales. Prior to Ocarina Networks, Withers served as the Senior Director of Business Development at Isilon Systems, where he built the BD practice and drove the expansion of the addressable market for clustered storage leading up to a successful IPO and acquisition by EMC for $2.2 billion. Prior to Isilon, he served as Regional Director for PolyServe (acquired by HP). Withers holds an MBA in Finance from NYU, and a BS in Decision and Information Sciences from Santa Clara University. He also serves on the Board of the Directors of the Boys & Girls Clubs of Silicon Valley. 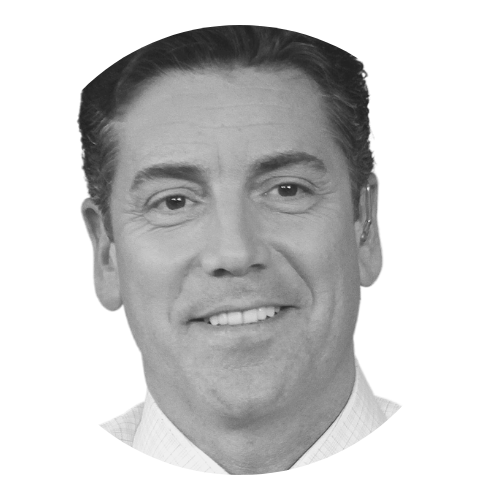 Steven Grasso began his career on the floor of the New York Stock Exchange in 1993. He has been an institutional sales trader for most of his career, working closely with some of the largest mutual funds, pension funds, insurance companies, and hedge funds in the world directly from the floor of the Stock Exchange. Over his 27-year career, Steven has actively participated in various Stock Exchange committees ranging from allocating new listings to designated market makers to developing standardized tests that the floor community uses for continuing education. Steven closely follows the Washington D.C./Markets connection, using his extensive Capitol Hill and SEC relationships to better inform his clients on policy changes and regulation.

Steven is perhaps best known for being a CNBC Market Analyst and is a regular guest on CNBC’s popular “Fast Money” show, which airs daily during the business week and has an average daily viewership that currently exceeds 250,000.  Mr. Grasso also speaks at many traders’ conferences across the country on a regular basis, as well as business round tables with many influential leaders of industry where he addresses a broad range of market-related issues, including the effects of regulation and the political process on equities.

How we can help?